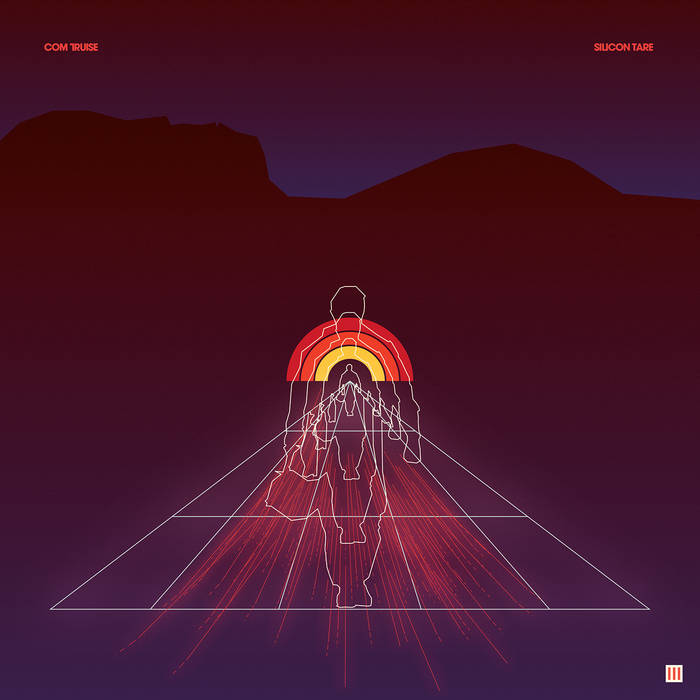 Nik Havert There's more good synthwave on here than on full LPs from other artists.

／人◕ ‿‿ ◕人＼ Some of Com Truise's finest work is on this EP. I love the guy, but his music works better in smaller sizes as opposed to many of the LPs he's done. Favorite track: Diffraction.

Dr. Reality Pairing 'Forgive' with the helicopter scene in part 24 of Count Zero is one of the greatest musical/literary experiences of my life. Favorite track: Forgive.
more...

Faith in the Glitch

On Silicon Tare, the sci-fi story that Seth Haley, who records as Com Truise, began on the Galactic Melt LP and continued on the Wave 1 EP takes a dark turn. At the conclusion of Wave 1, the protagonist, Earth’s first synthetic astronaut, successfully makes contact with the far-off Wave 1 colony but, once he does, things get fuzzy. He falls in love; there is a war coming. A story that began in hope and dreams of discovery ends on an uncertain note. Change is in the air.

It’s evident Haley’s style has matured since 2010’s Cyanide Sisters. Sisters wonderfully warped sonics could have been the sound of broken VCRs spinning analog tapes, all of them singing in unison. His 2011 full-length Galactic Melt was rich and expansive, full of slowly-coasting synths, melodies that wriggled and popped, and masterfully-controlled rhythms. Since then, Haley’s sound and production techniques have progressed, becoming wider and fuller—high definition 3D madness. His always-cinematic signature sound and 4/4 kick drum patterns are present, of course, but the dynamics and tempos are increasingly more colorful and varied.

Silicon Tare opens with a skating sheet of synthesizer before easing into a steady, walloping beat. It doesn’t stay there for long: halfway through, the lights come up, and synth notes crackle across the sky. “Sunspot” is a departure–its soft-pink tone, synthetic slap bass and quasi-808 percussion recalls the edgier end of ‘80s pop. And he pushes the boundaries even further on “Forgive,” a big, booming number with fat streaks of synth and a gleefully hectic rhythm track that stops, starts and sputters over and over again.

Silicon Tare moves Haley and the fictional Com Truise even deeper into the cosmos, discovering new lands along the way and offering a glimpse of where he may travel in the future. And if the characters at the center of his ongoing story may be in peril, Haley himself is in control.

Tare sets the stage for the final chapter in Haley’s Com Truise saga, which will be the first official follow-up to Galactic Melt. It’s not only the perfect prelude to that finale, but the perfect representation of Haley’s ever-expanding universe of sound.

Bandcamp Daily  your guide to the world of Bandcamp

Featured sounds from Fly Lo and Ahmed Idris, plus Mother Nature hops on to drop off new project